A Model for Designing Fictional Characters

It is incredibly difficult to create a well-thought-out fictional character with a convincing backstory and motives. You have to make sure that the actions they take more or less line up with their goals and personality, and sometimes it’s hard to imagine what a character will do. This model will make it easy (or at least easier) to design, write, and critique characters.

Ignore all of the lines for now. The very first thing to address in the model is the backstory. The backstory will influence every other aspect of a character, which will eventually inform their actions. This doesn’t have to be super detailed, but there should at least be some minimal backstory for side characters to facilitate decision making.

Personality can be relatively concretely defined using an established classification system. The Five Factor Model, or a slightly revised form, HEXACO, are good choices. Just take the test and answer how you think your character would answer, and you should get a fair assessment to look back at whenever you’re confused on how a character should react.

This is a portion of a character that I left out of the Big Three because it is way too nebulous to objectify properly. This aspect is a character’s moral compass. So instead of providing a way to define and solidify morals, I’ll provide an alternative way of thinking about them.

First, no morals are right or wrong, or good or evil. Morals are what a character uses to determine if someone or something is right/wrong or good/evil. They do this by testing how well that someone/something’s morals line up with theirs; if the overlap is more than a certain threshold (known as zealotry, or degree of intolerance to other ideas), they’re good. Otherwise they’re bad. There can also be a spectrum of everything in between. To visualize this, think of your character’s morals as an amorphous blob on the coordinate plane of nonspecific issues: 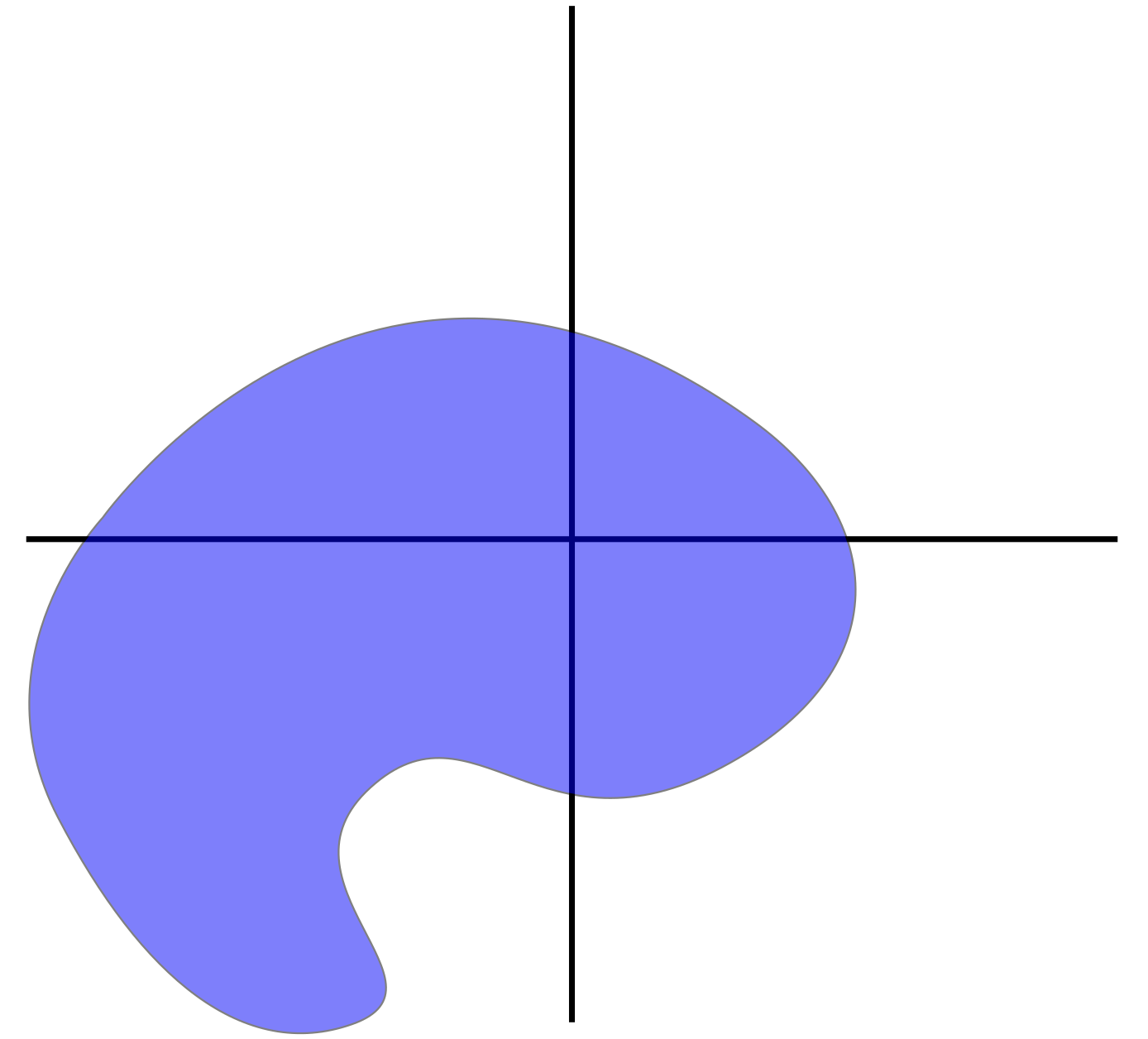 Now, we take some random other character, and plot THEIR amorphous moral blob: 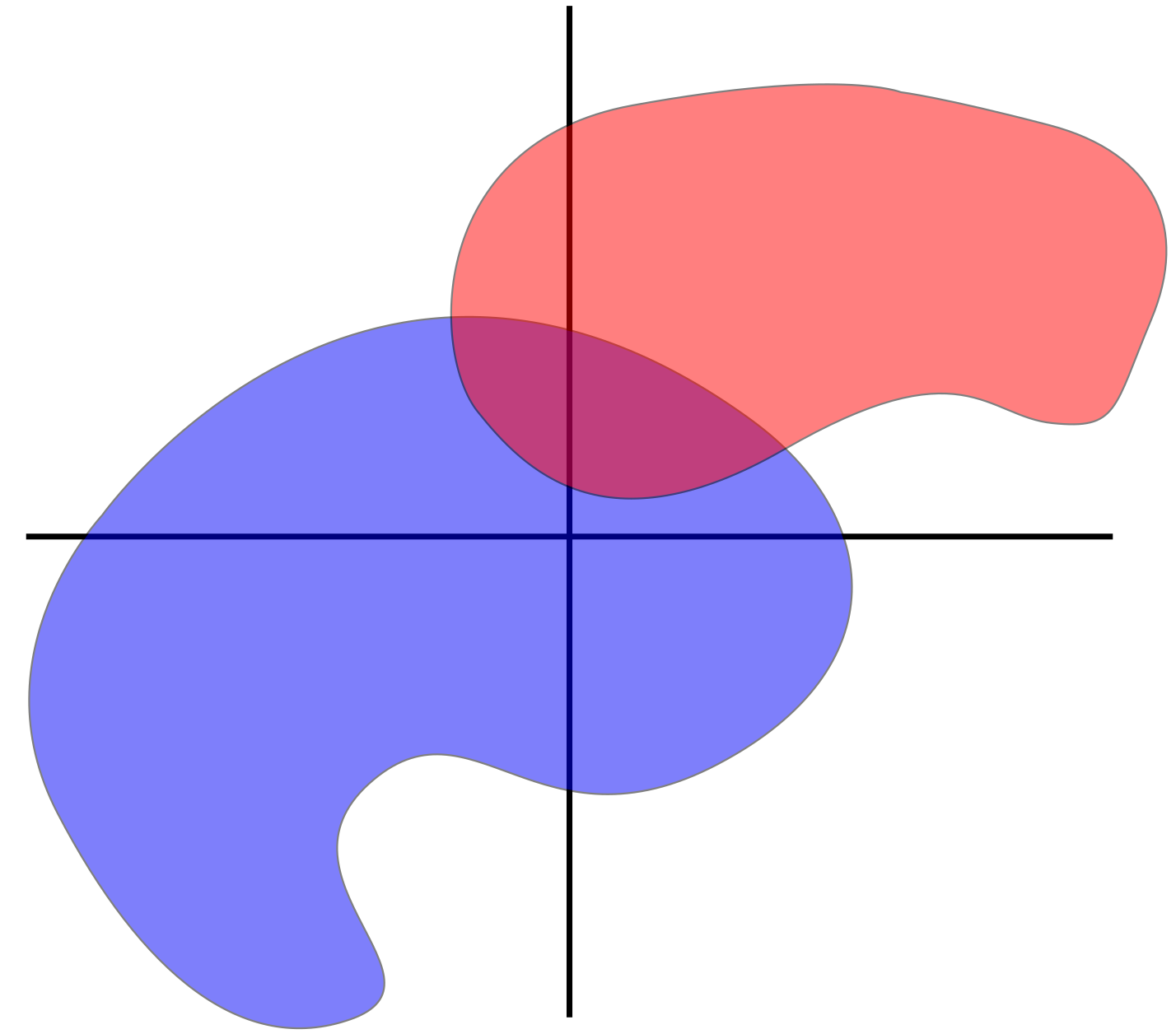 Some things to remember about morals:

Each of the arrows is a connection between different aspects of a character. This means that every aspect must work together to form a complete being. It also means that each arrow is a possible breakpoint, where the character becomes unconvincing if the connection doesn’t quite make sense.

What does this mean for a character’s actions? Each of the Big Three will inform actions in their own way, and the actions have to reflect that accordingly. Otherwise, the character breaks down and no longer feels realistic.

The goal is, as mentioned earlier, what the character is striving towards. Depending on the strength of their motivation, every action a character takes should place them closer to their goal. If it does the opposite, it should be for a very special reason.

The motivation is what drives the character towards their goal. A motivation does not necessarily have to be abstract. A love interest is typically a sufficient motivating factor, and actions that alienate that person are not usually desirable.

While the previous two impact decision-making, personality will largely inform general behavior. This includes how they carry themselves, how well they get along with other people, and how prone they are to lying. Behavior also includes their facial expressions, their reactions in difficult situations, and even what clothes they wear and how they style their hair. Various quirks and likes/dislikes also fit into this category.

The backstory is not necessarily a static object. It evolves over time, as each event that a character is a part of is added to the backstory. Events accumulate to cause change to the character, and major events like epiphanies or trauma will cause sudden drastic changes. These changes first manifest themselves as a change to one of the Big Three traits or morals, and eventually propagate to actions. A change in goal might happen if the current goal becomes unreachable. If that doesn’t happen, motivation will cease to exist. A character might then find a new motivation. A epiphany or enlightening moment might cause a change in personality, causing them to become more agreeable. Likewise, trauma or betrayal might make them more neurotic, causing them to act more anxious or paranoid. This is how characters evolve, and what makes good stories.

This is what I came up with after habitual armchair analysis of a few dozen fictional characters. It’s the mental model of how I determined if a character was bad or not. If it was created to diagnose bad characters then it might help create some good ones. In my opinion, those connections (the arrows) are the most important part. Breaking one will easily shatter the illusion of realism.